Unless you have been living in a cave you have probably heard of cryptocurrencies. Crypto what now? Yes, these are currencies made of, well – the Internet itself! With a central banking system, you have a bank assigning the value and keeping the stock of money in the world at a certain level. Now, with cryptocurrencies, things are a little different. Let’s see what cryptocurrencies are, go through a few interesting facts and see how they can be used today. Oh, and whether they are safe of course.

Bitcoin is the single most famous cryptocurrency out there. Keen on knowing what this cryptocurrency does? Well, it drives investors nuts for starters. The value of Bitcoin has see-sawed between $2,000 and $20,000 over the past last three years. Now, talk about an investment that would make you sick in your stomach.

Apart from that, Bitcoin is insanely power-hungry. Bitcoin mining requires 300% more energy than the Netherlands uses up in a year. That’s… rather wacky to begin with. In one case, two nuclear scientists in Russia tried to use a nuclear power plant to mine Bitcoin – that is sufficient energy for you.

Yet, Bitcoin is still used all over the place. Everyone’s got it – whether it’s some solid amounts or just the scraps the whales (investors who buy and control almost the entire stock) leave. Today Bitcoin isn’t the hottest cryptocurrency on the block, and there’s a very easy-to-understand reason for that.

Put quite plainly, Bitcoin set the beginning of the industry but it definitely won’t see the industry end – chances are Bitcoin will end much before that. Why? Because Bitcoin requires ENERGY to be acquired. You gain Bitcoin by telling your PC to solve increasingly difficult math problems.

Things are looking up for cryptocurrencies in general, though!

Yes, cryptocurrencies are safe for many reasons. We can start with the fact that they are mostly anonymous and transfers are instant – so you get the information transferred in the matter of seconds instead of waiting for bank transfers and other such nonsense.

Well, crypto is safe, but hackers are far more persistent because it turns out that the phishing attacks on crypto-owners are increasing. Even smart users fall victim. Take for example Reddit discussion of recent hacks. People who have had their funds hacked – mostly because of the crypto exchange getting hacked – had said that they felt the aberration. 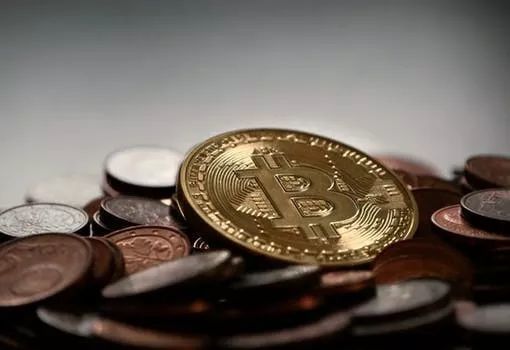 Hackers are very clever. Phishing links are masked very well and hackers always manage to break into your digital house. This is definitely not ideal, but once gain – excessive scrutiny will help you. Install yourself a VPN and licensed software such as Kaspersky. Do NOT open flash-based websites or online casinos, for example, LEAST OF ALL any sort of explicit adult content and movies.

Most such websites aren’t blacklisted, but you never know. Imagine that you are having a new lock placed. Now, your locksmith can only do THIS much to help you have a secure home but you will also have to see to a few things yourself. For starters, you can’t go around advertising your belongings or how much money you make or keep in the house. Keeping your house open or announcing that you are going away could be dangerous as well. There is a case of a man in Poland who went to live in Austria for five years and when he was back, somebody had stolen his ENTIRE house. Not just the furniture – the entire house, BRICK by BRICK.

Want to make sure that never happens to you when it comes to cryptocurrencies? You just need to be very scrupulous of your Internet habits. Don’t allow yourself any compromises and always make sure that you are on top of your browsing habits. All it takes is to give in to bad habits and just like that – cryptocurrencies and your private information is gone.

Even then, taking additional risk to attract hackers for using cryptocurrencies is considered quite worth it by some people. After all, you get an awesome opportunity to carry out transactions in a matter of seconds online – across an entire world away!